Originally, GED was the acronym for the so-called “Tests of General Educational Development.” In the last decades, however, the expression of simply “GED” has become more widely used.

The GED exam includes four separate subject tests that assess knowledge and skills at a level that compares to that of graduating high school students.

The GED test is a state-specific exam that, upon successful completion, leads to a state-issued high school equivalency diploma or certificate, depending on the state.

Students that could not complete their traditional high school curriculum can take the four GED® tests and acquire a credential that’s equivalent to a U.S. high school diploma.

The minimum age for GED testing is, in most states, 16 years old. The four tests are available in English and Spanish, and in some locations, in French as well.

Special GED test editions and testing accommodations can be provided by the testing centers for people with physical or learning disabilities or other special needs.

So a “GED” is basically a credential that can substitute for a common U.S. high school diploma. Practically all entry-level jobs require applicants to have at least a high school or equivalent degree.

And because colleges and universities require college-bound students to have graduated from their high schools, obtaining the GED diploma is a good idea for students that didn’t complete high school but still are looking to continue their education in college.

So earning a GED diploma will ensure that the holders have access to better jobs, a college education, job promotions, better earnings, and more opportunities generally in life with your GED.

The four GED subtests can be taken one at a time. The four subject fields that comprise the GED exam correspond to four of the most prominent subject areas of a high school curriculum.

A few years ago, the GED exam test was updated entirely and built up from the ground to get in line with employment market requirements and the Common Core Education Standards.

Post-secondary educational institutions also demanded that the GED standards be raised to guarantee that the GED diploma would be (again) a credible alternative to a common high school degree.

The acronym GED covers an entirely computer-based set of four tests that may be taken separately. To learn more about accommodations for students with disabilities, check out this page. 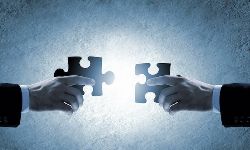 Since a “GED” can be earned by taking a series of tests that will take a little over 7 hours to complete rather than spending some four years in high school, it may not be seen, by some employers and schools, as an indication of academic perseverance.

On the contrary, some schools and employers see a GED as a lack thereof and regard GED holders’ skills and academic perseverance to be not on par with those of traditional high school graduates.

Through the years of GED history, the exam has helped almost 20 million U.S. citizens who could finish their high school education by obtaining a credential that has the same value as a regular high school degree.

Students that quit high school prematurely but are still young enough (in most states, that’s the case if they are under the age of 21) can go back to their schools to complete their traditional high school curriculum.

Students who have that opportunity should strongly consider completing their regular high school education rather than getting a GED. Underage GED applicants (in most states, those ages 16 and 17) may also qualify for GED testing if they hold an age waiver, are officially no longer in high school and have parental consent.

All branches of the military favor high school grads over GED holders, and there are also still colleges and universities that treat GED holders somewhat differently in their application procedures.

The GED exam must be taken entirely on a computer, and this actually makes a lot of sense because, in the contemporary job market, you can hardly find an entry-level position that doesn’t require some level of computer literacy and keyboarding skills.

The GED test is a sophisticated, fully computerized, and challenging assessment that measures skills and knowledge at a level that compares to that of graduating high school seniors. Some forty percent of all HS grads could not pass the GED tests on the first try.

So now you know what the acronym GED stands for. There are quite a few other ways in which the acronym is used, such as General Equivalency Degree or things alike, but the only proper meaning of the acronym is General Education Development.