In the period 2014 through 2021, some states offered the TASC (Test Assessing Secondary Completion) as an alternative to the GED exam.

By the end of 2021, however, the TASC exam was discontinued, and the states now use the HiSET of GED tests for High School Equivalency Testing.

You can use these free TASC™ Math practice tests very well to get all set for the GED® or HiSET® exam, as the content fields of the TASC and GED tests are quite similar.

All these practice tests come with explanations and correct/incorrect answers. Keep in mind that your earlier TASC scores are also valid for your state’s new exam, the HiSET or GED!

Taking practice tests allow you to identify your strong and weak points, so you can focus on those fields that require your attention most so you can easily improve your score.

On the TASC Math subtest, you were assessed on how you understand mathematical concepts and principles and how well you could apply those principles.

In most states, the TASC exam was offered both on paper and on a computer and in English and Spanish, though, in New Jersey and West Virginia, only computer-based testing was and is allowed.

Allotted time frames and the number of questions varied slightly by format and language, but, generally speaking, there were 42 or 43 questions, depending on the format.

The TASC Math subtest had two parts. In part 1, you were allowed to use a calculator, but not all models were allowed.

Part 1 lasted 50-55 minutes (depending on the language), and the same counted for part 2, in which the use of a calculator was not permitted.

Test-takers had to demonstrate comprehension of how quantities can change. Understanding basic number sense was key, and they had to show that they understood rational and irrational numbers and their properties and were able to use units to solve basic mathematical problems. Use this website’s free video lessons to get ahead fast!

Test-takers must be able to apply basic algebraic rules for solving linear equations through gridded-response, multiple-choice, or constructed-response questions. This section includes technology-enhanced, real-life situations that require students to use these functions.

Students must be able to apply algebraic rules such as distributive property and to compute algebraic expressions such as adding, subtracting, or multiplying polynomials. 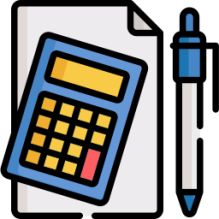 In this section, students are assessed on their ability to work with equations through a number of multiple-choice, constructed-response, and gridded-response questions. Students must be able to use the system of math equations and interpret phrases and keywords.

Geometry covers measurements of two and three-dimensional shapes. Students must be able to deal with area, perimeter, surface, and so on. They must show proof of being able to apply reasoning skills in a number of geometric contexts. They must be able to determine areas and distances in relation to the units of measure and scale.

Test-takers must demonstrate an understanding of statistics and probability as well as the possible outcomes of questions. Their quantitative reasoning skills are assessed in this section.