Many people ask us if Chris Rock got his GED. Chris Rock grew up in Brooklyn. When he was a toddler, his family moved to Brooklyn, NY, where he spent his childhood in the Bedford-Stuyvesant neighborhood.

As a kid, Chris was bussed from Brooklyn’s black section to a practically all-white school where he was subjected to bullying and discrimination and was regularly beaten up all through his childhood years.

Chris (Christopher Julius) Rock was born on February 7, 1965, and he is one of America’s best-known actors, stand-up comedians, writers, producers, and film directors.

After leaving school without graduating, Chris worked as a stand-up comedian and appeared in several supporting film roles. In the early 90′, Chris Rock became well-known for his role as a leading cast member in Saturday Night Live.

As Chris grew older, the bullying and discrimination at school got worse, and his parents decided to pull him out of high school (James Madison High) in the 10th grade.

So the fact of the matter is that Chris Rock quit high school prematurely altogether but went on to earn his GED® diploma.

After he passed the GED exam, Chris worked a couple of fast-food jobs while attending community college. One of Chris’ well-known quotes is: “You know what GED stands for? Good Enough Diploma.”

Gradually, however, Chris started to pick up comedy and began to entertain folks with jokes at the local comedy clubs.

After Eddie Murphy was impressed with his humor, Chris started to tell his stand-up comedian jokes in bigger venues just like, for example, Redd Fox and Richard Prior.

Those were the days that shaped Chris Rock to become the beloved comedian we all know and love. Chris Rock’s talent led him from the tough Bedford-Stuyvesant streets to the main stages of comedy.

Chris Rock is the oldest of 7 children, and he credits his parents with teaching him about a strong moral compass and work ethics.

Chris Rock had always dreamed of a great career as a comedian, and in 1985, he had his first great success.

While waiting in line to get a ticket for Eddie Murphy’s Radio City Music Hall stand-up show, he read a notice about open-mike sessions at the Catch a Rising Star Club

Chris auditioned at the Club and received strong responses, so he continued to perform at the Catch a Rising Star.

But now back to Chris dropping out of high school. Though he usually was pretty well up to date with his school tasks, Chris was told that he would have to repeat a year due to his excessive tardiness.

So when he didn’t improve on his punctuality, Chris and his parents were informed that he would not be able to move ahead to the following grade level.

That, in combination with the ongoing bullying and discrimination, made Chris and his parents decide to withdraw him from high school.

At what age did Chris Rock quit school? 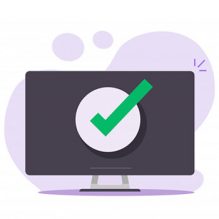 Chris Rock was withdrawn from high school at the age of 17, but, as said before, he went on to earn his high-school-equivalency diploma. After receiving his GED, he went on to pursue a career in comedy.

Chris said in an Oprah interview that he got bullied at school from the 2nd grade all the way through 10th grade, the year he left high school.

At first, Chris didn’t realize he was funny at all. All he knew was that people responded to him in a more humorous way.

He said that the idea of being ‘funny’ is something that other people know about you. You just can’t be funny all by yourself. And you realize you’re smart since there are so many dumb people around you at times.

Chris said that at the age of eight, he already knew he wanted to be a good comedy writer. He wanted to be on the comedy show credits roll after one day. We know how that all worked out for Chris!