It is a couple of years now since the totally revamped computer-formatted GED exam was introduced. The GED test needed a massive overhaul to remain credible as an alternative to a high school degree.

The GED exam better reflects high school proficiency and now it’s time to the considerations and ideas of the real GED test professionals, the instructors who prepare applicants so they can take the GED exam confidently.

Let’s see how they look at the GED® test reality.

The GED exam is entirely computer-based and this really an enormous step forward compared to the old multiple-choice question-based examination.

The GED exam is in line with Common Core State Standards, meaning that it is more centered on critical thinking and problem solving, rather than just memorization.

The “Common Core State Standards” is an American education initiative that describes in detail all the things K-12 students can be expected to master in the subjects of English language arts and math by the time they complete each grade.

The major goal of the Common Core State Standards Initiative is determining and identifying consistent academic standards across the nation as well as ensuring that graduating high school students are educated at a well-described level to be prepared to attend credit-bearing academic courses at colleges and universities.

Another goal, besides making sure they are college-ready, is to set standards to guarantee that high school graduates are ready and well-educated to function properly in the nation’s workforce.

Michael A. Kheyfets of Aztec Software, a company that publishes preparation tests and GED practice tests, says that the new reality has been a challenge for publishers too.

“Setting the bar higher when it comes to standardized tests always comes with inherent challenges.

When the impact of success or failure can mean so much to a person’s ability to provide for themselves and their families, the changes can be exacerbated,” he says. 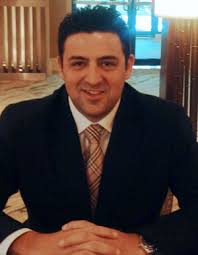 Previous versions of the GED test had reading requirements that were within the realm of the average adult taking the test, however, the higher level of expectations and more demanding content requires both teachers and students alike to rethink their approach to preparation.

There needs to be a much greater emphasis on diagnosing skill deficiencies early in the process in order to have enough time to augment them, continues Michael.

Without question, the biggest challenge that we as publishers have faced is a lack of understanding regarding the published competencies Vs the actual test questions.

When I asked Michael about GED exam statistics related to the GED test, he shares the Aztec statistics for High School Equivalency Preparation:

In the last two years:

A sense of accomplishment

The majority of people who are studying and preparing for the GED exam are doing this not just to get more education, a better job, or better earnings. They are doing so to make up for something they failed at years ago. They want to finish what they did not finish in the past.

Government surveys show that 71 percent of all GED test-takers do so from personal, family, or social motivations. This was the most frequently given answer and it shows that social circumstances play a major role in deciding to go the GED test path. All the best for your GED exam.