The GED program prepares students for academic and personal success through attaining the required skills to pass the official GED test and be awarded a High School Equivalency Diploma.

So, here are answers to some frequently asked questions.

Q. Is the Spanish version of the GED® test the same as the English one?

A. The short answer is yes, but there are some differences. More about that later.

Q. Does the Spanish version of the GED test have the same value as the English?

A. Yes, the Spanish version of the GED test has the same value.

Students should understand what knowledge the test is assessing and what they need to know.

So we reviewed a few GED test prep options in Spanish. On this page, we list online courses, books, and useful websites.

This website offers free online preparation in Spanish that includes lessons and practice tests. You will need to register and create your account to use it. It’s a nice, well-organized website.

This website offers free online Spanish language courses for students preparing for the GED test. The website has Spanish lessons for all four subjects and several practice tests.

GEDonline.org has been around for a while (since 2000 precisely), and the website didn’t change much too, so you might experience some trouble if you want to use this website on your phone. The GEDonline.org fee is $65 for four months, and the renewal fee is $10 per month. 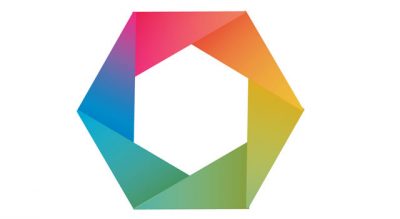 Newreaderspress publishes prep books for students looking to take the GED exam in the Spanish version. The books are around $16 for each of the four GED subtests and focus on the topics covered in the tests developing the critical and analytical thinking skills of test-takers. Practice tests are included.

There are 4 books in the series:

How Popular Is The GED Test In Spanish?

Estimates are that around 6 percent of all high school equivalency tests are taken in Spanish, and some states, like California, don’t indicate on GED diplomas what language the exam was taken in.

The Latino population is growing rapidly, and in many areas, law enforcement is actively seeking Spanish-speaking recruits to come and join their police departments.

For students from Mexico and other Latin American countries, the Spanish version of the GED (General Educational Development) exam is a great opportunity.

For many students who come from Spanish-speaking counties, learning English well enough to earn a high school diploma is often quite an obstacle.

The GED certificate or diploma (that’s depending on the state where you live) is recognized as equivalent to a common HS degree by all states and practically all North American government agencies, employers, and institutions of higher education.

The GED diploma is also recognized by the Mexican Secretary of Public Education (SEP) as the equivalent of a High School diploma.

Registration For The Spanish GED Test

Be aware that when you register for the GED exam (one subtest at a time if you want), the default language is English. So please select the Spanish language testing format each time you schedule a test module to make sure you can do it in Spanish!

The GED exam gives adults who did not complete their high school education another chance to earn a credential that’s equivalent to a high school diploma.

There are four modules in the entirely computerized exam that cover the academic areas of mathematics, science, language arts, and social studies.

Since the GED exam became available in Spanish as well, more people have come out and taken the test.

Many educators are trying hard to help immigrant youth earn a secondary education degree, so they can go to college and work toward a better future in the U.S.

About The GED Test In Spanish

Initially, the GED in the Spanish language was created for test-takers in Puerto Rico. Later, the Spanish GED version was also authorized for use in other parts of the U.S. The Spanish writing section is graded by evaluators who are speaking Spanish as their first language or by teachers who are holding at least a college degree in Spanish.

Students who want to take the GED exam in Spanish may additionally be required to sit for an ESL (English as a Second Language) test. Not all test centers offer the Spanish GED so, please get in touch with your local GED test centers for specifics.

One more point of concern is that sometimes GED officials are not aware of immigration status requirements. In most states, having a social security number is not required, and holding a proper photo ID is sufficient. Then again, there are states that have different interpretations of the regulations. So please get informed to avoid disappointment.

Registration for the GED exam is done online or by phone, and it remains to be seen how in some states, applicants with a passport and consular registration will be accepted. Here’s one more question:

Q. I want to know if an illegal person can obtain and apply for his GED here in the USA and specifically in the state of New Jersey?

A. As far as we know, you can. It seems that the only states where a Social Security number is needed are South Carolina and South Dakota, although we have some doubts as to whether that is really so.

So keep in mind that, generally speaking, everyone can take the GED if they meet the requirements. Legal or undocumented doesn’t matter, but valid IDs and, in many states, proof of residency is required.

So again, it seems that some states (some testers say South Carolina and South Dakota) require applicants to have a Social Security number.

However, what South Carolina students could well do is take the GED in North Carolina. That state doesn’t ask for proof of residency.

Then again, according to the website, all South Carolina test-takers must provide proof of South Carolina residency, a valid picture ID, and a Social Security number or a Green Card number, or a Federal Tax ID number at the testing center on test day.

And the South Dakota website reads: At the time of a GED testing session, test-takers must provide valid government-issued IDs (national or international) that includes name, photograph, date of birth, and signature.