High School Equivalency (HSE) testing offers individuals who didn’t complete high school the opportunity to get hold of an education degree that’s the equivalency of a common high school credential.

The TASC™ exam was similar to the former GED® edition, but the GED exam changed considerably some years ago, so in this post, we’ll take a look at the most significant differences.

If you live in a state that used the TASC exam exclusively, you could not take the GED exam to earn your high school equivalency degree. Then you had to pass the five subject tests of the TASC exam.

You could take the modules one at a time, and they were available both in a paper-based format and computer-based. This did not apply to New Jersey, where all options must be taken on a computer.

Just like the GED test, the TASC exam measured your skills and knowledge at a level comparable to that of high school graduates. The exam also assessed your critical reasoning and analytical skills.

In the U.S., there were, until the end of 2021, three options open to states for the purpose of High School Equivalency testing, the GED, TASC, and HiSET exams.

The three HSE (high-school equivalency) exams were not identical. GED testing includes four separate subject tests that, as said before, must be completed exclusively on a computer.

The GED exam has combined two Language Arts sections into one “Reasoning through Language Arts” subtest. So the GED has four subtests (Math, Social Studies, Science, and Language).

The GED and HiSET exams can be taken at state-designated test centers or over the internet.

The five TASC modules were not offered online. You had to come to an official TASC test center in person. You can read more about online GED testing here.

Most states still use the GED, but as this option is only offered on a computer, more and more states offer both the GED and HiSET.

States that offered the TASC exam

The TASC exam was used exclusively in Indiana, New York, and West Virginia, but now, all states opted for an alternative exam as the TASC exam was discontinued. New Jersey offered three options for HSE (high school equivalency) testing, the TASC, GED, and HiSET exams, but now, the TASC is no longer available, and the two remaining options are only offered in a computerized format.

The TASC exam was developed a few years back by Data Recognition Corp (DRC) in reaction to substantial changes to the GED exam that became only available on a computer, became in line with the American Common Core Education Standards, and the price increased significantly.

Consequently, two alternatives (the HiSET and TASC exams) were developed, and several states decided to implement an alternative to the GED exam for high school equivalency testing.

The TASC was a rigorous exam, and proper preparation was absolutely required. Testing occurred, like with the GED and HiSET, at a level comparable to that of graduating high school students. The most noticeable discrepancies between the TASC and the GED were the format (paper- and computer-based), flexibility, and cost.

The TASC exam was available in English and Spanish, but that also applies to the online GED test. For test-takers with special needs, the TASC exam was offered in large print, Braille, or in audio. On July 1, 2021, Indiana transitioned from the TASC to the HiSET exam, and the other states followed later that year. 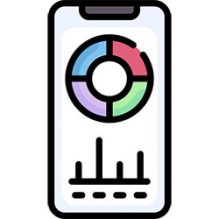 Another advantage of the TASC was that it was aligned with the Common Core State Education Standards gradually. In this way, more students could stay competitive for professional and educational purposes.

But it was not all easier than the GED. Many students said that the Math portion of the TASC was more difficult than the math section of the GED test.

The TASC required a thorough understanding of all of the five academic subject fields, but particularly Math seemed to be more challenging than on the GED, but you could use a calculator, for example, the TI-30XS, and if you had learned how to use this GED calculator well, passing the math exam was a breeze.

The TASC measured knowledge on all sorts of subject matter, from trigonometry to chemistry, and usually, test-takers needed to put in lots of studying if they wanted to be successful on the TASC exam.

In general, we can say that the TASC exam was slightly less expensive than the GED test, but the cost was varying by state. Check here to learn about the GED cost in your state.

The entire TASC exam (five subtests) would take around 8 hours to complete, but you could take one (or more) of the subtests at a time. Let’s see what the five modules covered:

What was on the TASC exam?

The five TASC modules were measured on a 300-800 scale, and on each TASC subtest, you had to reach at least a 500 score. So your overall score could not be under 2500. And for your essay, you needed to attain at least a score of 2.

Bear in mind that the minimum TASC score (500 points) had to be attained on EACH of the five sections. So even if your overall score was higher than 2500, you hadn’t passed the TASC exam if your score on one of the subtests was less than 500!

If you failed one subtest, you could retake that subtest for free, and you got two free retakes. This offer stood for 12 months. Thereafter, the regular fee would apply again.

The diploma that was awarded after you had successfully taken the five TASC modules qualified you for a well-paying job, job advancement, and also a college education.

People that hold a secondary education degree will, on average, earn at least $9,600 more annually than people who don’t hold a secondary degree. Successfully taking the five TASC subject tests would definitely lead to a more rewarding and successful future!

The diploma that you would receive after you passed the five TASC subtests is across North America recognized in the same way as a standard high school degree by institutions of high education, employers, and government organizations.

Today, earlier TASC scores count as well toward your GED or HiSET results!