Adjectives and adverbs form essential parts of writing. They’ll provide details to your piece of writing which you can’t accomplish by using merely nouns and verbs.

When you fill your writing with descriptive adverbs and adjectives, you’ll help your readers with creating mental images of the things you want to communicate.

Adverbs and adjectives also make your piece of writing a lot more pleasant to read.

Here, in this lesson, we’ll talk about how you can identify adverbs and adjectives and how to use them correctly to create more interesting and detailed sentences.

An adjective is a word that modifies and describes a noun. This noun may be a thing, person, or place in a sentence.

Practically always, an adjective appears before the noun it describes in a sentence. For instance, in “the winding road,” the word winding is an adjective that describes the noun road. You see that the adjective “winding” provides a further description (or image) of how the road looks.

An adverb is a word that’s modifying and describing a verb, another adverb, or an adjective in a sentence. Adverbs tell you when, why, where, or in what sort of condition something happened or is happening.

For instance, look at this word: short.

The short woman was surely the loudest.

Does “short” describe a noun or perhaps a verb? Well, it describes the noun woman. So here, short is an adjective.

The woman fell short of her goal.

How do we use Adjectives and Adverbs?

Writers are using adverbs and adjectives to improve their writing and to make it far more descriptive. In technical reports, emails, instructions, academic essays, reflective writings, or blogs, writers who are using adverbs and adjectives appropriately are providing the readers with clearer images of what they try to convey to let them better understand their purpose for writing and the topic.

A: Read the following sentences and determine if the underlined word(s) is (are) adverbs or adjectives and which word(s) they are modifying.

Adjective. The word small is modifying a noun, groups.

Adverb.  The word very is modifying an adverb, quickly.

Adverb, The word least is modifying an adjective, favorite. 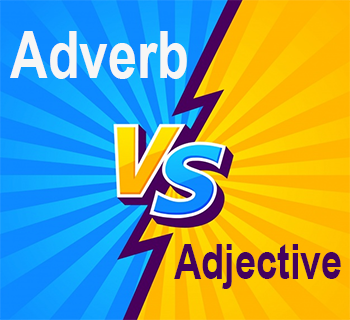 Adverb. The word closely is modifying a verb, worked.

Adverbs. The words quickly and determinedly are modifying a verb, work.

Adjective. The word highest is modifying a noun, grade.

Adverb. The word diligently is modifying a noun, worked.

B: Okay, now let’s see how adverbs and adjectives can be added to these sentences to create far more detailed or clearer sentences.

For introverted, quiet students, successfully working with small groups may be extremely difficult.

There are indeed numerous strategies that make things significantly easier.

Adverb. The word significantly is modifying an adjective, easier.

Adjective. The word numerous is modifying a noun, strategies.

Students wishing to succeed need to collaboratively communicate well with all others and always complete their assignments.